Supercharge Your Gaming Experience with These Powerful Motherboards

GIGABYTE TECHNOLOGY Co. Ltd, a leading manufacturer of motherboards and graphics cards, has unveiled the new GIGABYTE Z370 AORUS motherboards based on the Intel® Z370 chipset. These supercharged motherboards are equipped with a server-grade digital power design which fully support 8th generation Intel Core™ processors. Performance tuned, the Z370 AORUS Motherboards are compatible with memory modules rated for 4133MHz. With unique features like an ESS Sabre DAC, Smart Fan 5 and RGB Fusion, there’s no doubt why gamers turn to AORUS for the ultimate gaming motherboard.

Designed with 14nm technology, the 8th gen Intel Core processors range from 4-Cores and 4 threads to 6-Cores and 12 threads each performing better than its predecessor. Z370 AORUS Motherboards deliver the highest video quality, 4K UHD, and uninterrupted streaming to users through the use of HDCP 2.2 Technology, a HEVC 10-bit decoder, as well as a VP9 hardware decoder.

The Z370 AORUS Motherboards utilize a new VRM and PWM design which is able to drive 60 amps per power phase as well as strengthen the signal between the processor and voltage regulator. Through the use of server-grade 10K Ultra Durable Black™ capacitors GIGABYTE is able to increase durability while reducing excess electrostatic charge on the PWMs, improving efficiency between the CPU. With its intricate power design the Z370 AORUS Motherboards are still able to meet the standards of the California Energy Commision (CEC) as a low power and high efficiency motherboard. 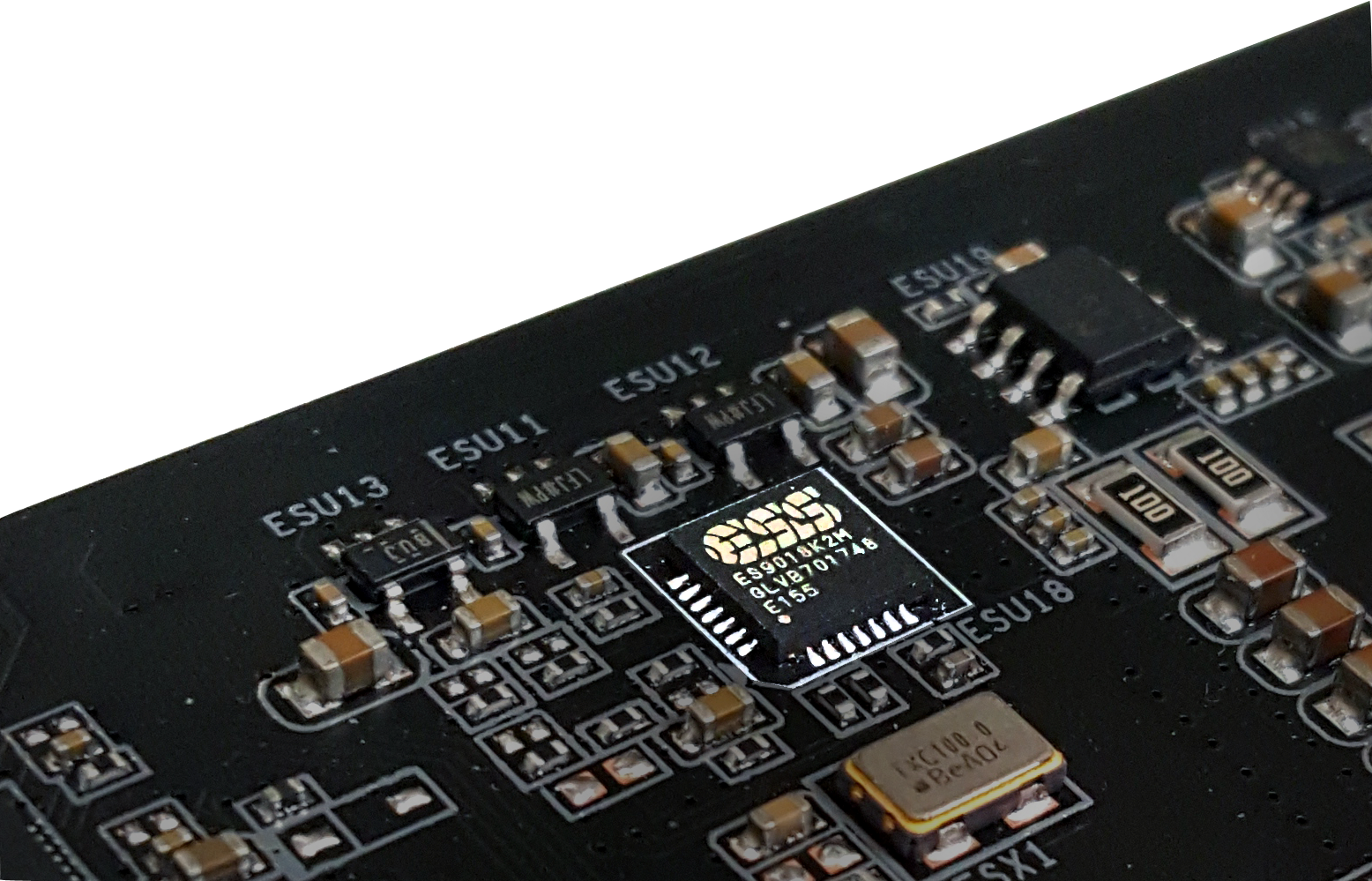 Paired with an ESS Sabre DAC and the Creative Sound BlasterX 720° software the Z370 AORUS Gaming 7 offers unrivaled audio performance. This synergy of hardware and software allows users a distinct advantage in multiplayer online games. Through Scout Radar gamers can obtain visual cues to where enemies or opponents are giving them an edge in-game. For audiophiles this duo has comprehensive tools backed by leading technology and algorithms to enrich the audio experience whether users are listening to music, watching movies, or streaming.

Beat the Heat with Smart Fan 5 with Fan Stop Technology

Smart Fan 5 has been a sought after feature for gamers and PC enthusiasts. As it continues to evolve Smart Fan 5 has incorporated features like Fan Stop Technology which allows fans to actively shut off to reduce ambient noise when thermal thresholds are not met. With the flagship Z370 AORUS Gaming 7, Smart Fan 5 introduces active cooling. Active cooling integrates a unique fan positioned near the VRMs for systems built with AIO liquid coolers where airflow is not present. These technologies allow for users to prolong the life of their gaming pc and squeeze the limits of performance from their Motherboard through the use of overclocking.

Other technologies that can be found on Z370 AORUS Motherboards are M.2 Thermal Guards which cool down those next generation form factors for storage. AORUS Thermal Guards reside on M.2 slots ensuring that gamers and power users will receive the most optimal transfer speeds from their top of the line storage devices. 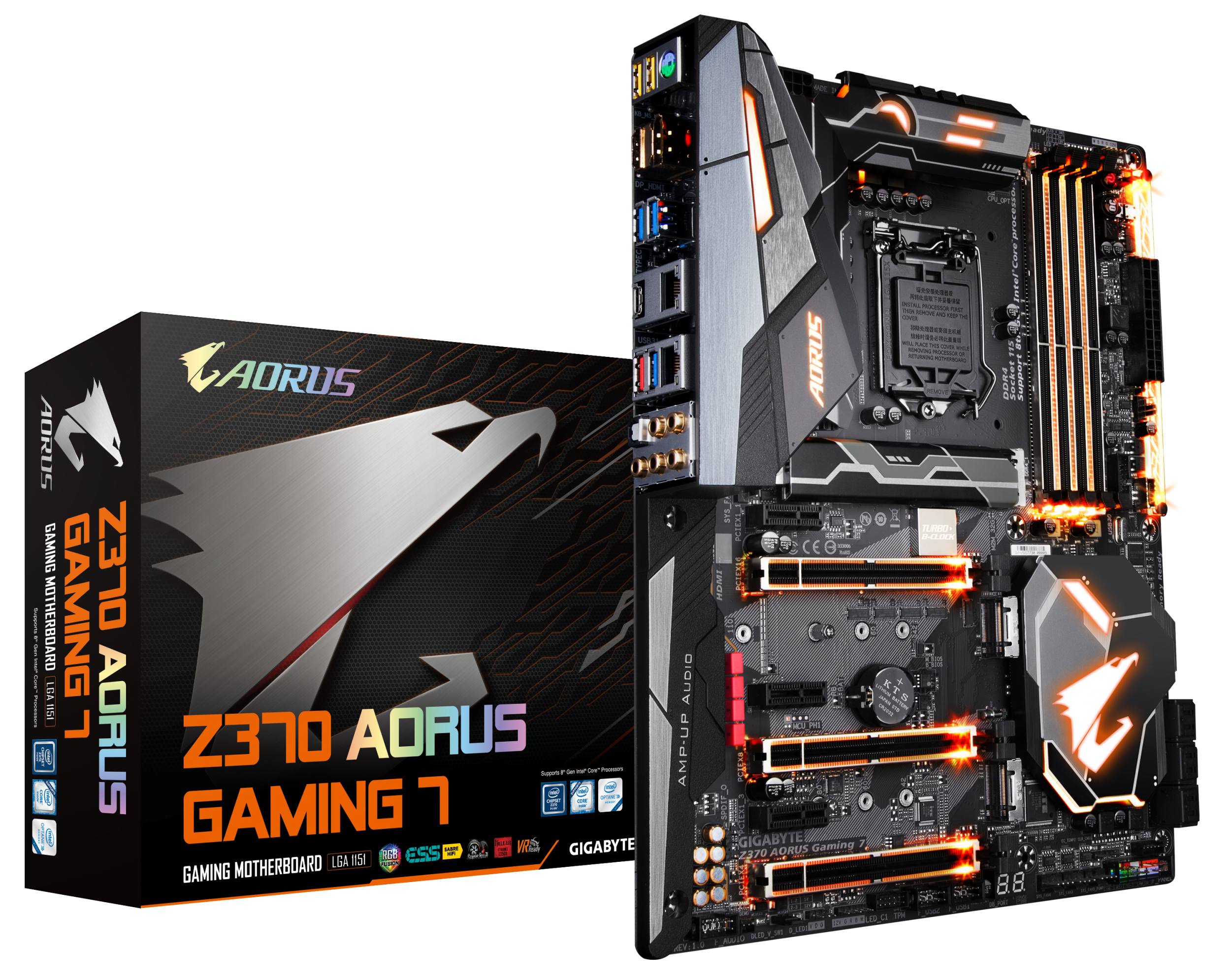 Show Your True Colors with RGB Fusion and Digital LEDs

RGB Fusion is more powerful than ever, now with support for Digital LEDs in either 5v or 12v, RGB Fusion can be customized with individually addressable LED strips, arrays, and even matrices. The Z370 AORUS Motherboards offer RGB Pin Headers on both the bottom and top of the board to ensure convenience for modders and the everyday PC builder. With a 4-pin header that can be reconfigured to be compatible with almost all RGBW strips on the market, RGB Fusion is the most versatile platform for all RGB accessories.